Thanksgiving is Thursday, Christmas is Friday, New Years is Saturday and on Tuesday we're off to Key West.  It's simpler to start the New Year when we get to Trumbo since we are there December - March.

Then in April is the Georgia QSO Party.  This is an Amateur Radio Contest where stations outside of Georgia try to make contact with as many Georgia counties as possible.  It's a great oportunity for Georgia Hams (Ham = Amateur Radio Operator) to make contacts with other states and Georgia Counties.  It helps if you are a rare county.  So Bob (AK4O) and I went down to Seminole County, down in the bottom west corner.

May was Camille's High School Reunion.

I went on the Beartooth in 2005 starting from Cody Wyoming.  But it was closed at the Montena Border.  So I went back. 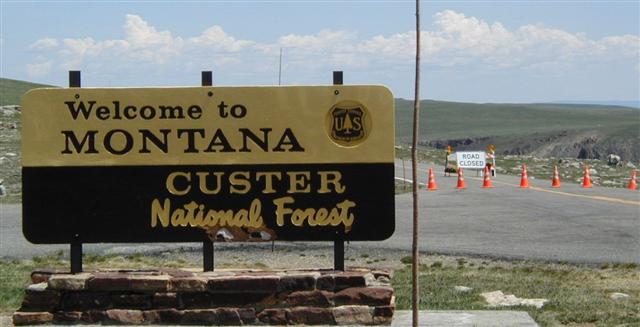 He served in the United States Army and started basic training in 1959 at Ft. Jackson, SC; AIT at Ft. Sill, OK. He retired in 1985 from Ft. McPherson, Atlanta, GA. While serving in the Army he was awarded the Legion of Merit and Bronze Star Medals, and many more Military Medals, Citations and Commendations. He was presented with the Airborne Jumpmaster and M16A1-Expert Auto-Rifle Badge.
He was cremated and laid to rest in an ammo can.  Not many of us warrent that honor, but Owen definately did.
He was the president of TriState Rebels when we joined.  He did not have a politically correct bone in his body.

We had a Southeast Fall Rally at Georgia Veterans State Park.  The first in quite a long time.  Gary and Nancy have had a rough time the last few years, and had to leave this Rally early to rush their cat to the vets.

The Thanksgiving Picture seems to get smaller every year.